Josh and I were watching Rick Steve's Europe this weekend, and he was in Italy.  I went to Italy with my high school choir when I was seventeen.  So, of course, watching the show made me go get my photo album and start looking through the pictures.  Which got me to thinking:  how in the world did my mom let me go to Italy without her when I was seventeen?  So I asked her.  And after our conversation, she emailed me this post. 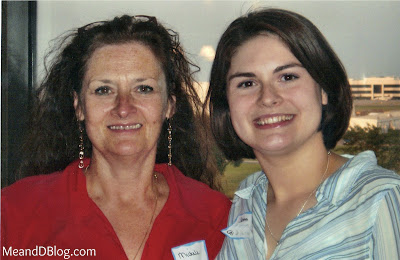 As Jess and I were walking this morning – she really threw me with a question.  "How did you let me go Italy when I was seventeen?"

Now – where did that come from?  And my response was the same as it usually is – "God."  It’s as simple and as hard as that.  Most of my answers usually have something to do with Him.

So my first response was, "I figured that if we’d prayed about it and He provided the way for you to go, who was I to stop you?"

We had no extra funds – for anything, let alone a choir trip to Italy.  We’d been in prayer for some time (or at least, I had) about this trip.   And I had my doubts about Jess going so far from home – her track record for overnight trips and  sleepovers was dismal, to say the least. (That umbilical cord only stretches so far!)  So, we did have to have "the talk" about how she could call and say she was homesick, but there would be no sobbing over the phone while she was across an ocean from me.

WHAT??!!  Are you serious?  DID I WORRY???  I need an Oscar!  You need to understand that I’m not a worrier by nature, and because I’m so poor at it, I avoid it at all costs.  It involves a LOT of trusting God in a variety of ways – and He sees that I have many opportunities to trust Him.   But Jess had a proven track record of being very responsible w/her T1.  She had a pump.  A good friend of mine was going on the trip w/her son.  There was at least one nurse and perhaps even a doctor going as well.

"Do you think it was because I was older when I was diagnosed, it was easier for you?"

Easy? Well, that would be "yes and no."  Having any child diagnosed w/a chronic medical condition is not easy.  But since she was ten at the time of her diagnosis, I didn’t have a lot of horror stories about finding her passed out or having to calculate how much insulin to give depending on the size of bottle she was drinking from.   We did get up in the middle of the night for several years b/c of seizures – due mostly to the NPH insulin she was on at the time.

So I asked her, "How did I hear you having your seizures in the middle of the night when you were downstairs and I was all the way upstairs?"

"How did you not micromanage me?"  That was a harder question.  Again, Jess was very responsible w/her T1.

"This is YOUR disease, and you needed to learn how to handle it yourself – whether I’m there or not."

I do firmly believe that children will handle a given situation based on the way the parent handles it.  But that’s a tough question.  Given our home life situation at the time – I’m glad she doesn’t seem to remember all the excessive amounts of time I spent in the basement doing "laundry" (i.e., crying, praying, the occasional swearing).  And I did my best not to fall apart in front of the kids, whether it was a crisis of medicine, emotions, spiritual or otherwise.  There was a woman speaker I would listen to, and one of the things that she said really stuck with me: "Run to the throne and not to the phone."  So I did run to God a LOT – and He caught me each and every time.  Did that always make it easier?  NO!  But He was, is, and ever will be faithful and loving to those of us who turn to Him in whatever circumstances we find ourselves.

Did I do a perfect job?  HAH!  No – but I learned early on to ask Him not to let me get in His way.  Which is sort of the answer that I gave Jess to begin with when she asked me, “How did you…?”

My mom is a rockstar!  Now that I'm an adult, I have such a better understanding of what she went through raising me, especially when it came to my diabetes.  Thanks mom.  I love you!
Posted by Jess at 8:00 AM