Extraordinary In the Ordinary

Diabetes never takes a break. Not even during a holiday like Thanksgiving. There are still blood sugars to check, carbs to bolus for, pump sets to change, and insulin reservoirs to refill (maybe a few extra reservoirs over Thanksgiving--pie and cookies, anyone?). These routine diabetes moments don't change much. It's just another day with diabetes.

But sometimes, there are extraordinary moments in that ordinary routine. I spent a lovely Thanksgiving at my grandparents' house. One of those routine moments popped up. I needed to put some Opsite Flexifix tape on my Dexcom sensor. The adhesive starts to peel after a couple days. I needed some scissors to cut said tape. So I rummaged around in my grandparents' kitchen till I found some. And I cut the tape.

Then I noticed something that made me pause. 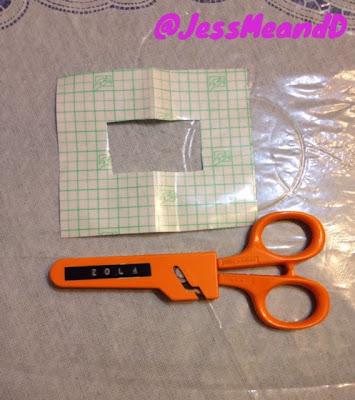 The name on the scissors: Zola. That's my great grandma's name. Which means these were her scissors. She died several years before I was diagnosed with diabetes. I remember her, but not very well. Grammy never saw me live with diabetes.

And yet her presence is still here, making this ordinary moment of life with diabetes rather extraordinary.