"Remind me to call Medtronic tomorrow at 9am." 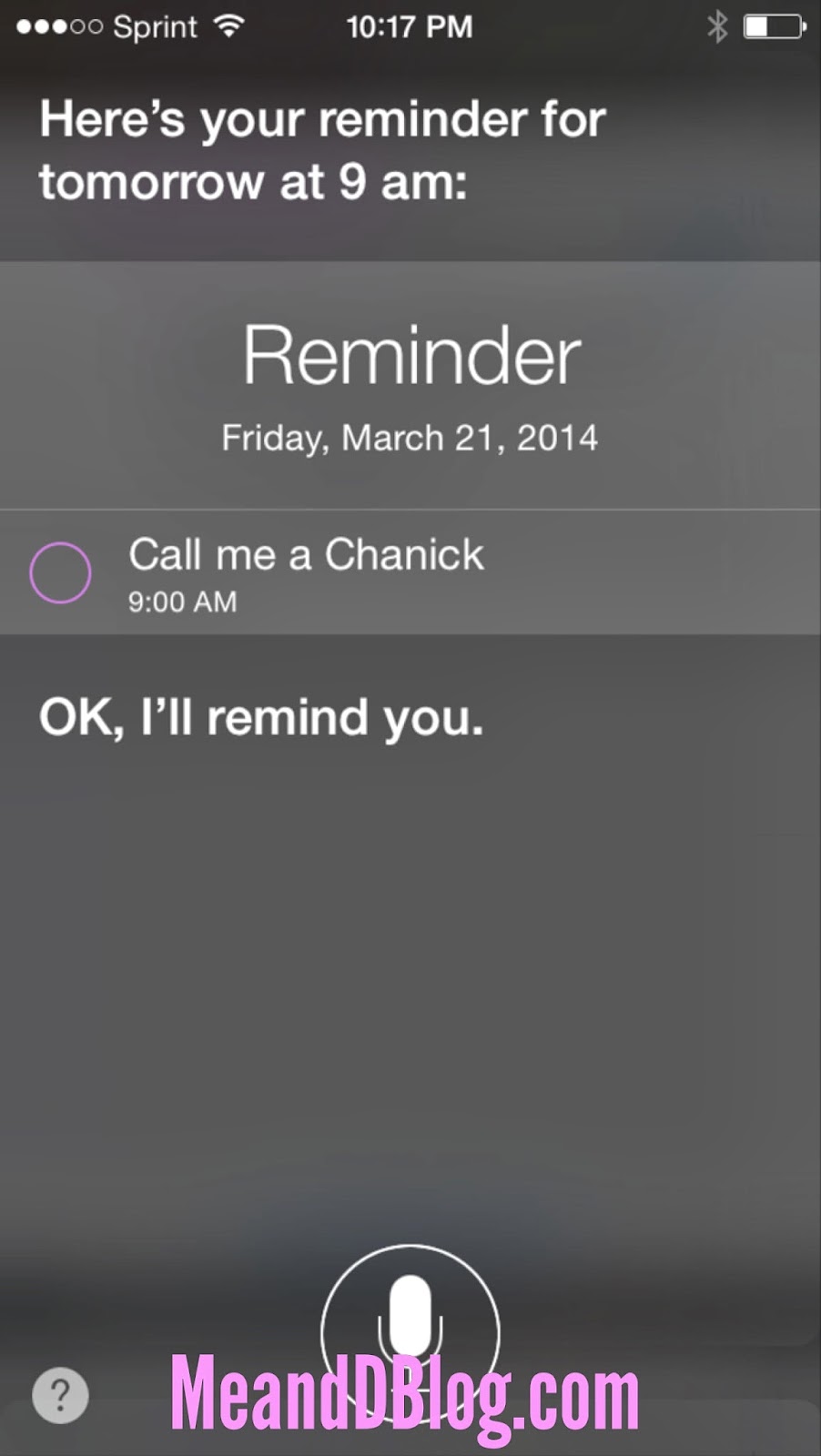 
Josh and I have been thinking about getting a dog for a long time. We both wanted one, but were we ready for the responsibility?

A few weeks ago, we decided to visit a local shelter, "just to look." We saw a handful of dogs, but there was one that tugged at my heartstrings. But I had an appointment, so we had to leave and only got to spend a couple minutes with that dog.

I couldn't stop thinking about him. We rushed back to the shelter the next night, and thankfully he was still there. Nervous and uncertain, we decided to go for it and adopt this guy. 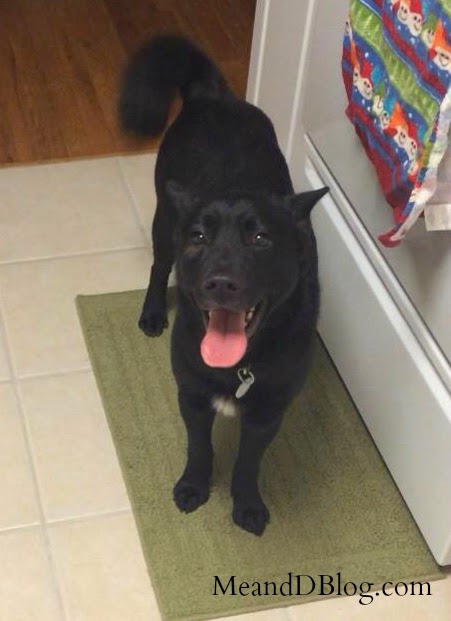 Meet Vader! (Yes, I'm a giant Star Wars nerd. But no, we didn't name him. That's the name he came with. And It's perfect.) He's part Shiba Inu, and part some other things we're not sure about. Vader is two years old, and he's doing great! 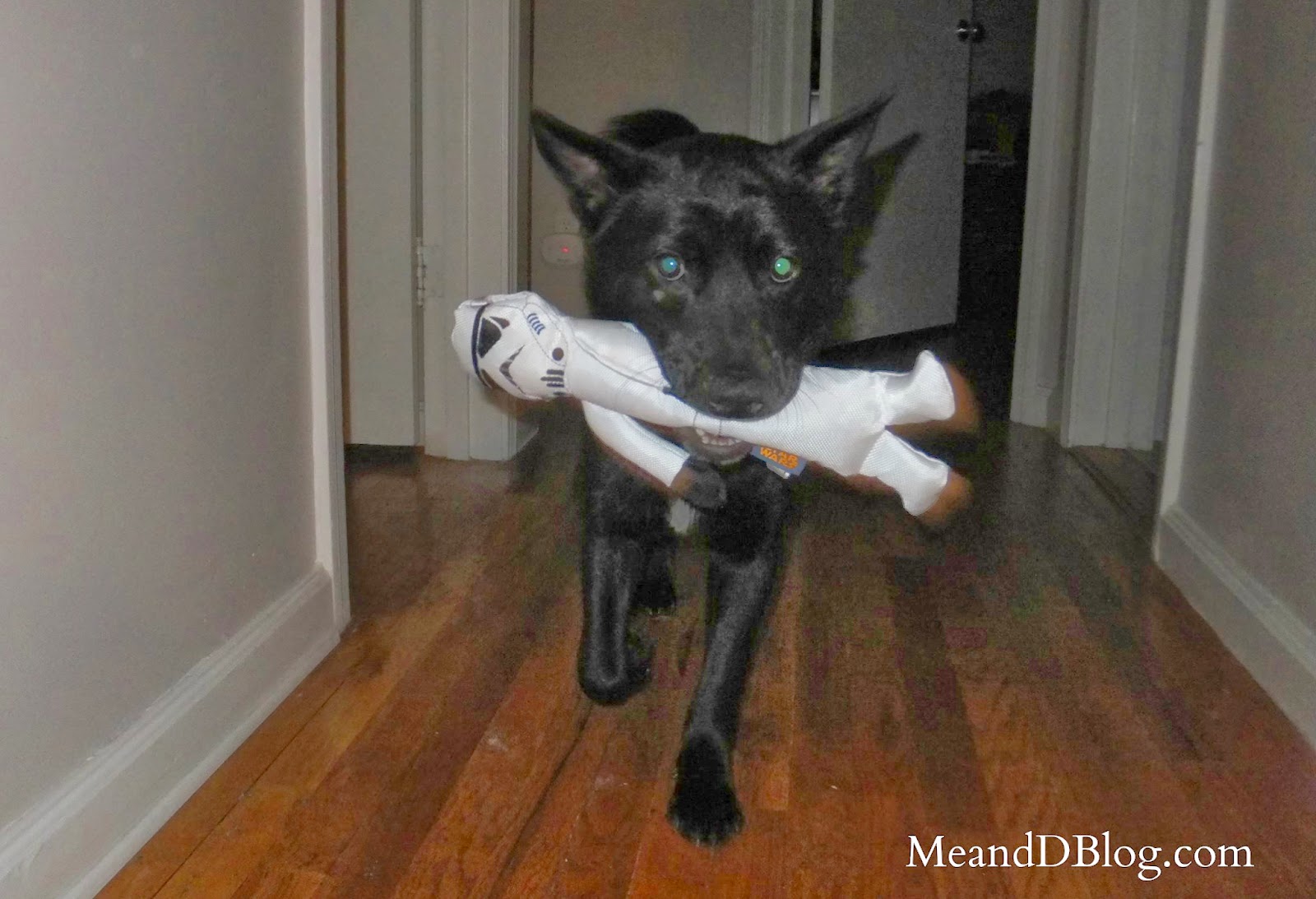 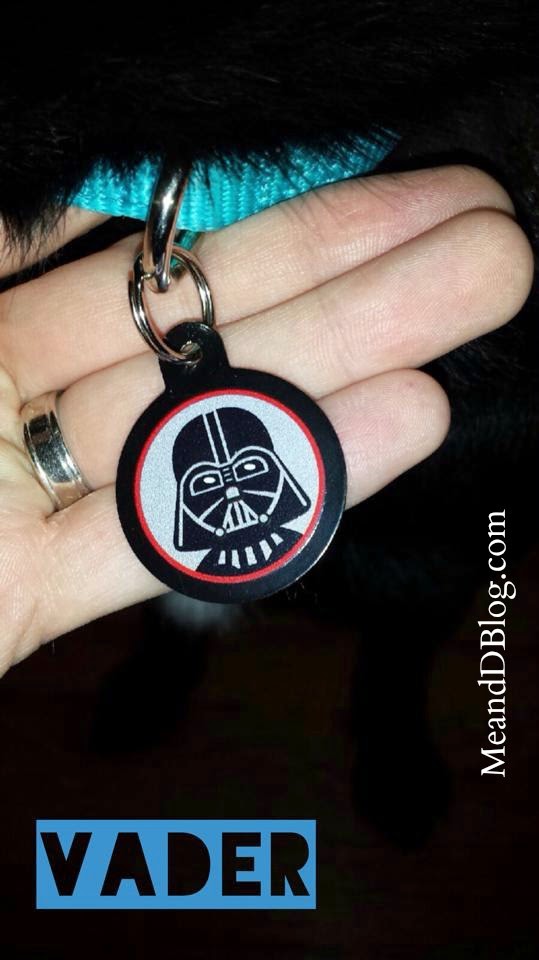 Josh and I are both SO HAPPY we decided to take the risk and adopt Vader. He's the perfect dog for us. We already can't imagine not having him in our lives.

And to bring this full circle here, Vader is having an impact on my diabetes and mental health. His endless energy is keeping us both more active, playing in the yard and going for walks. And it's hard to be in a bad mood with this sweet face wagging his tail at you, wanting to play.

Welcome home, Vader. We love you. 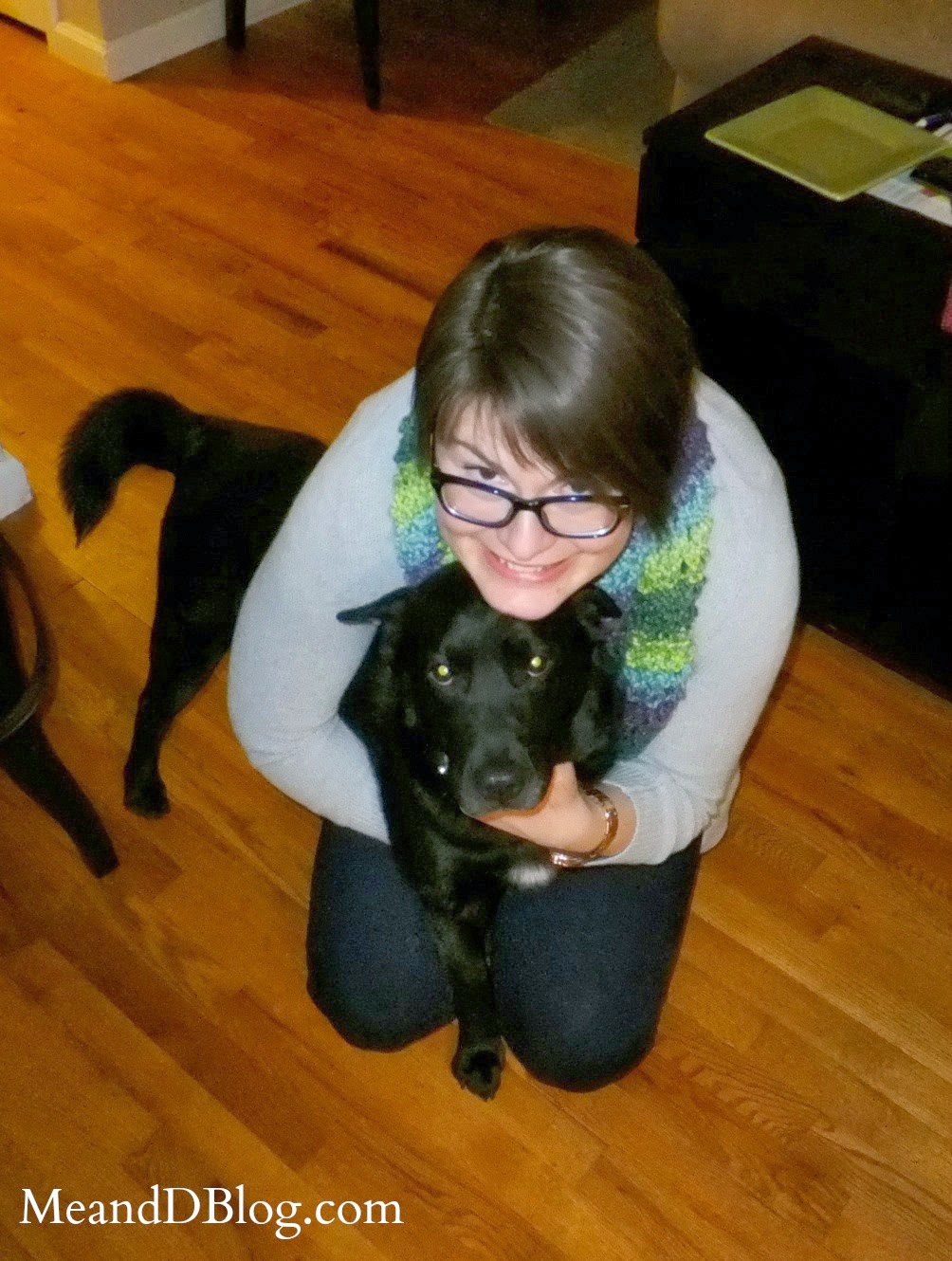 
Yesterday marks one week using the MiniMed 530G with Enlite system. If someone getting ready to start the system asked me for advice, there's only one thing I would say: be patient. Very patient.

There were multiple points over the last week when I was so frustrated I was ready to quit. But thankfully, Karen had advised me to be patient. And that she too hated the system at first. So I persevered.

The training went well. The first sensor I inserted with the trainer didn't stick. This is a problem I've heard about from others--there's no way to physically hold onto the sensor while you remove the serter, so you have to press firmly and give the adhesive some time to stick. I also went through two sensors at home when I did my first solo insertion, but that was because I forgot a step or two. I think the next insertion will go better. 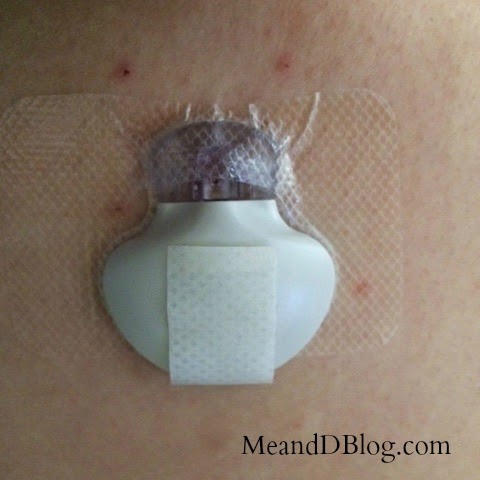 A call to the helpline determined there was a problem with the sensor. The rep advised me to pull it and insert a new sensor, which I did. It was then that I noticed the bent tip. My guess as to why it wasn't working. Medtronic sent me an envelope to return the faulty sensor so they could examine it. (The Enlite is supposed to be at a 90 degree angle. It's only the tip of the sensor that's bent). 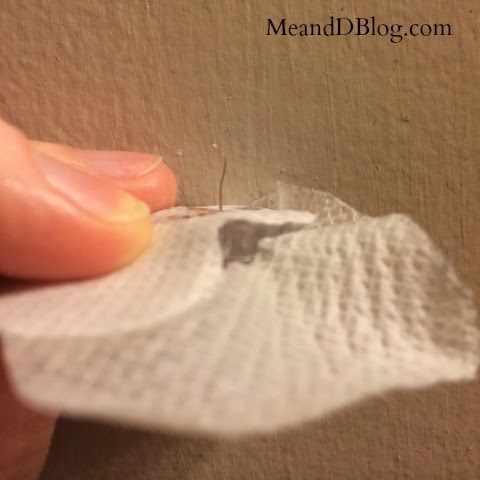 So after the faulty sensor saga, things have been going much better. My first solo insertion wasn't too traumatic. Like I said before, the insertion process is still much more complicated than Dexcom's, but a million times better than the Sof-sensor. This insertion did hurt more than the first one, but nothing like the harpoon. 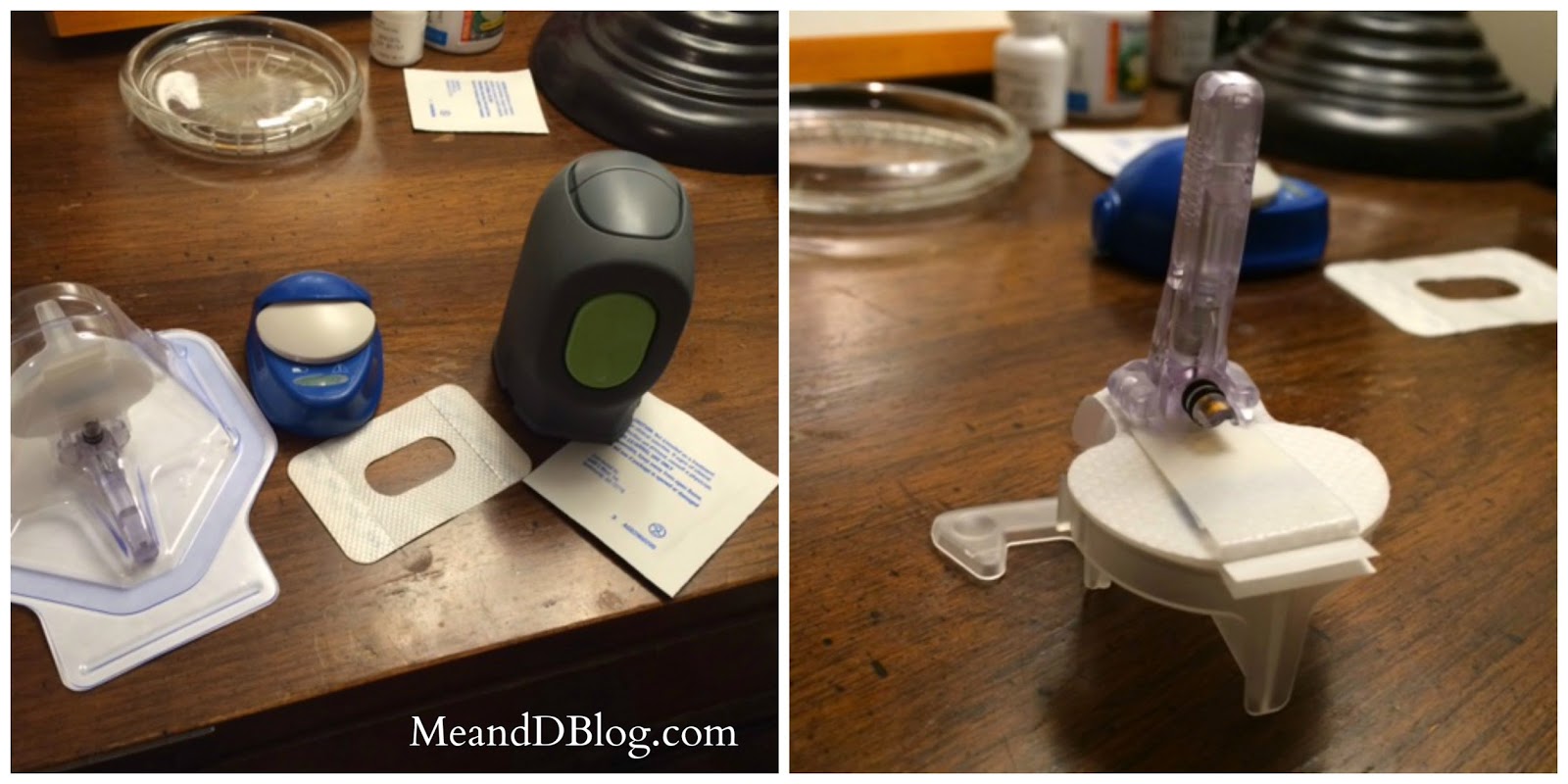 Sensor number two was a bit off the first day, but has since been pretty much spot-on. The meter, Enlite, and Dexcom have been in agreement most of the time. Which is impressive. I'm starting to feel comfortable relying on the Enlite. I think when this Dex sensor dies, I won't insert a new one. I'm about ready to try flying solo with the Enlite. 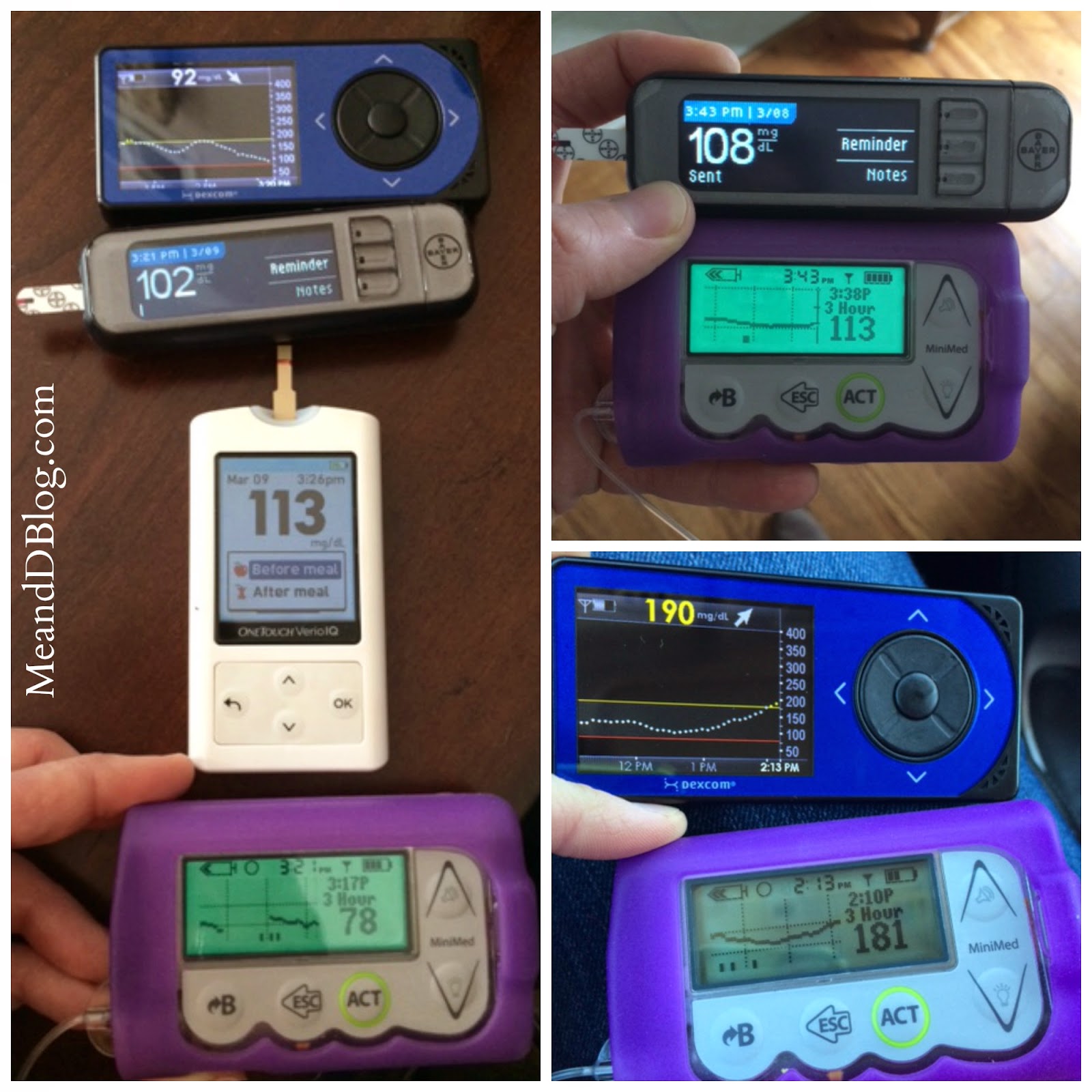 Bottom line: a rough start, but things have vastly improved. While I'm not ready to switch systems, I'm starting to be impressed. 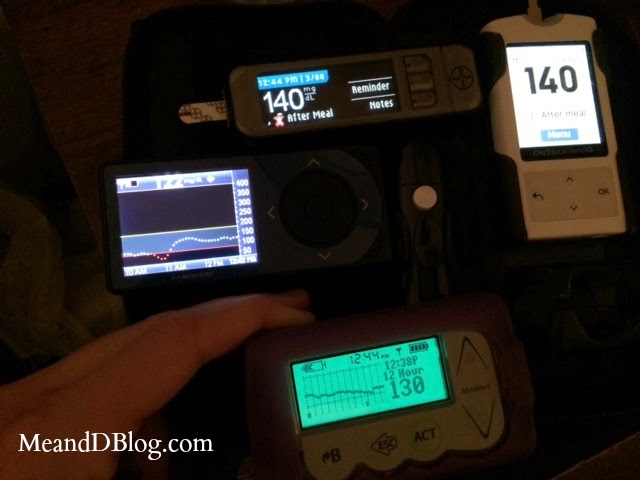 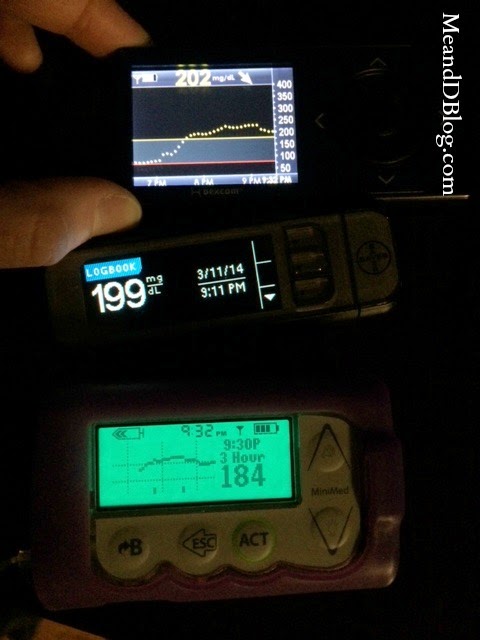 Disclaimer: Medtronic has provided supplies for the duration of my 90 day trial. This includes the MiniMed 530G pump, MiniLink transmitter, Bayer Contour Next Link meter, Enlite sensors, infusion sets, reservoirs, and test strips. The pump, transmitter, meter, and any unused supplies will be returned to Medtronic at the conclusion of the trial. Medtronic has no say in what I write on this blog. As always, all thoughts and opinions are my own. (Disclosure Policy)

Email ThisBlogThis!Share to TwitterShare to FacebookShare to Pinterest
Labels: 530G with Enlite trial


Friday morning, I began a 90 day trial of the MiniMed 530G with Enlite. A few months ago, Medtronic contacted me to offer a 90 day trial of the new system. Back when I was using the Sof-Sensor, I wanted the Enlite SO BADLY! So although I'm happy with my Dexcom G4 Platinum, I'm excited to have the opportunity to try a new (to the U.S. at least) piece of diabetes technology.

Medtronic is loaning me the system for the duration of the trial. They are providing the 530G pump, cgm transmitter, Bayer Contour Next Link meter, Enlite sensors, infusion sets, reservoirs, and test strips. The pump, transmitter, meter, and any unused supplies will be returned to Medtronic at the end of the trial.

At the conclusion of the trial, I will be providing feedback to Medtronic through a survey and a one hour phone call. Those are the terms of the loaner agreement. Medtronic did not ask me to blog about the trial, though I likely will. And they have no input or say in anything I write on this blog. All thoughts and opinions shared here are mine and mine alone (Disclosure Policy).

I met with a Diabetes Clinical Manager from Medtronic at my endo's office for training Friday morning. Since I've only been on the system for 48 hours, I'm not ready to share a lot yet. But I will say this: the main reason I switched from Medtronic to Dexcom cgm was pain. The Sof-sensor was incredibly painful and difficult to insert. While Dexcom's insertion process is still more streamlined and overall easier, I am thrilled to report that I could barely feel the Enlite sensor on insertion. The process is still a bit complicated, but the harpoon (as Martin called it) is no more. It hurts about a billion times less. No need to psych yourself up or listen to Eye of the Tiger before insertion.

I'm still wearing a Dexcom sensor so I can do some comparing. I can also say that once the sensor had been in for 24 hours, the Enlite has been impressively spot on. So far. 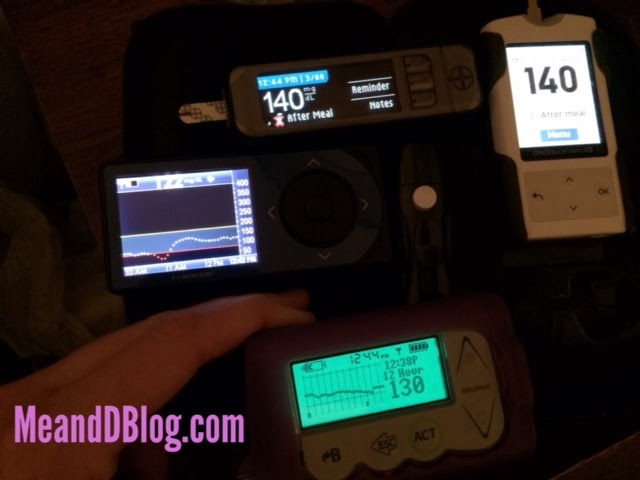 I'll be sharing more after I've been on the system a little longer. The good, the bad, and the ugly. Honesty is important to me. And the contract I signed actually stated "I will be honest and candid in any review of the Medtronic Diabetes products and services."

A few weeks ago (yes, I'm WAY behind on blogging) I found myself face to face with one of the things I hate most: the stomach flu.

Give me a head cold or sore throat any day. I  HATE the stomach flu with a passion. Having Type 1 Diabetes makes it even more complicated. Puking + lack of carbs + dehydration = a hot mess.

A stomach bug has landed me in the ER before. So now when I get it, I have one goal: avoiding the ER. And by avoiding, I mean trying to stay hydrated and keep ketones at bay. I'm willing to go if necessary, but I'd rather not.

Thankfully, this stomach bug wasn't bad. I was able to keep down ice chips and some carbs, and my ketones never passed small. VICTORY!

Thank goodness for heavy fruit syrup. Someone at my pediatric endo's office recommended it to my mom when I was a kid. And it's still my fallback for carbs with a stomach bug. I keep a couple cans of fruit in heavy syrup on hand. A couple tablespoon fulls of just the syrup is enough carbs to keep ketones in check. Without trying to keep down actual food.

I'm so thankful this case of stomach flu was so mild, comparatively speaking. And it provided some unintentional basal testing. And my basals are right on target. I'll take that win. 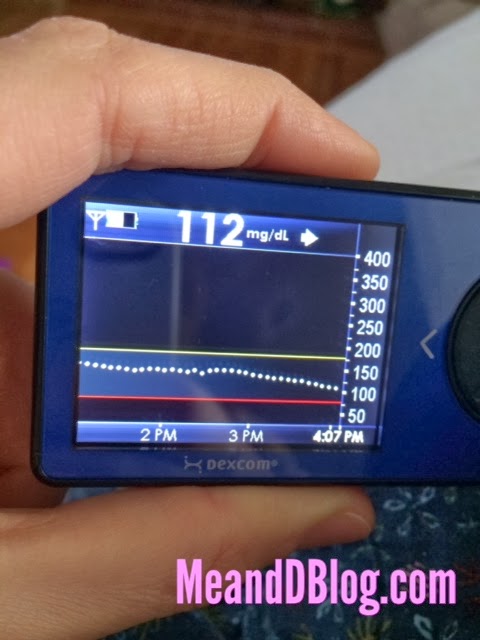