Yesterday marks one week using the MiniMed 530G with Enlite system. If someone getting ready to start the system asked me for advice, there’s only one thing I would say: be patient. Very patient.

There were multiple points over the last week when I was so frustrated I was ready to quit. But thankfully, Karen had advised me to be patient. And that she too hated the system at first. So I persevered.

The training went well. The first sensor I inserted with the trainer didn’t stick. This is a problem I’ve heard about from others–there’s no way to physically hold onto the sensor while you remove the serter, so you have to press firmly and give the adhesive some time to stick. I also went through two sensors at home when I did my first solo insertion, but that was because I forgot a step or two. I think the next insertion will go better.

A call to the helpline determined there was a problem with the sensor. The rep advised me to pull it and insert a new sensor, which I did. It was then that I noticed the bent tip. My guess as to why it wasn’t working. Medtronic sent me an envelope to return the faulty sensor so they could examine it. (The Enlite is supposed to be at a 90 degree angle. It’s only the tip of the sensor that’s bent). 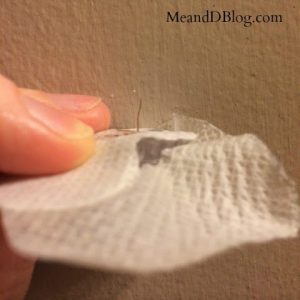 So after the faulty sensor saga, things have been going much better. My first solo insertion wasn’t too traumatic. Like I said before, the insertion process is still much more complicated than Dexcom’s, but a million times better than the Sof-sensor. This insertion did hurt more than the first one, but nothing like the harpoon. 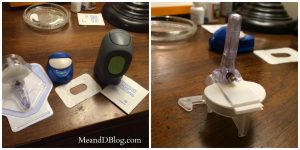 Sensor number two was a bit off the first day, but has since been pretty much spot-on. The meter, Enlite, and Dexcom have been in agreement most of the time. Which is impressive. I’m starting to feel comfortable relying on the Enlite. I think when this Dex sensor dies, I won’t insert a new one. I’m about ready to try flying solo with the Enlite. 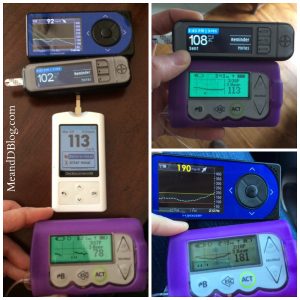 Bottom line: a rough start, but things have vastly improved. While I’m not ready to switch systems, I’m starting to be impressed. 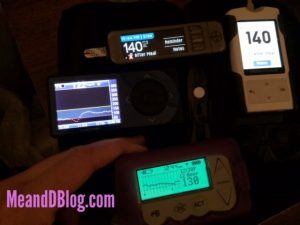 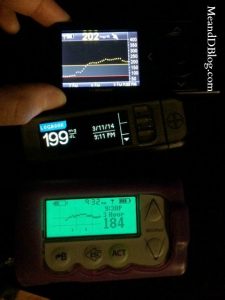 Disclaimer: Medtronic has provided supplies for the duration of my 90 day trial. This includes the MiniMed 530G pump, MiniLink transmitter, Bayer Contour Next Link meter, Enlite sensors, infusion sets, reservoirs, and test strips. The pump, transmitter, meter, and any unused supplies will be returned to Medtronic at the conclusion of the trial. Medtronic has no say in what I write on this blog. As always, all thoughts and opinions are my own. (Disclosure Policy)