I'm so WAY overdue for an update on my MiniMed 530G with Enlite trial. Oops.

I've been using the system for six weeks now. And in a nutshell? Karen was right. Karen told me she hated the system for the first couple weeks, and then she loved it. There's a learning curve. She told me to be patient. And she was totally right.

I HATED the system for the first couple weeks. There is definitely a large learning curve. I was ready to quit and give up about every day. The only thing that kept me from giving up was Karen's advice, and that I'd promised myself I'd give the system a month before throwing in the towel. Calibration errors, insertion problems, inaccurate sensor data. AAAAHHHHH. I was so frustrated.

But after a couple weeks, I started to get the hang of things. The algorithms that Medtronic uses are very different than Dexcom. So the sensors function differently. There are subtle differences that you can only learn by trial and error. I began to figure out those differences. When best to calibrate. The best direction and placement of the sensor. Had successful insertions on the first try. And I no longer hated the system. In fact, I was pleasantly surprised.

I'd forgotten how nice it is to have your pump/cgm integrated into one device. It's really nice. Except when your pump is in your bra, but that's a whole 'nother blog post. And predictive alerts are awesome. The system alerts me 10 minutes before it thinks I'll go low. Which helps catch lows early. The Enlite has good accuracy for me. But accuracy wasn't an issue with the Sof-sensor for me either. I quit the Sof-sensor because of pain, not accuracy. I will say that the Enlite doesn't quite keep up with rapid rising/falling as well as Dexcom. I'll have double up/double down arrows, but the number won't be as close as Dexcom is as a rule. (Saving Threshold Suspend for another post). 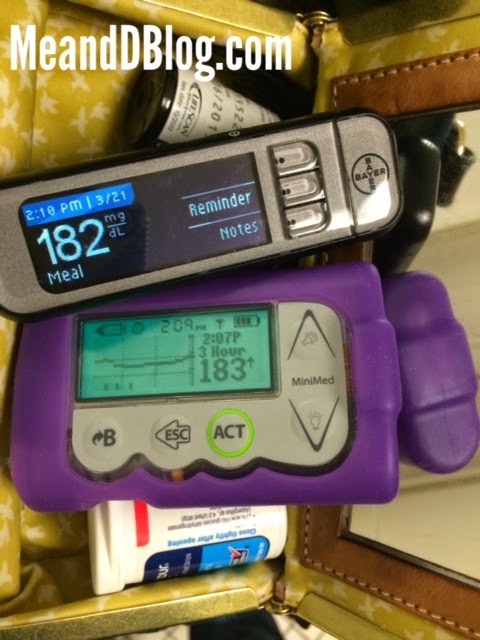 While I've seemingly mastered the insertion process (and it hurts a hell of a lot less than Sof-sensor), it's still WAY more complicated than Dexcom insertion. I hope Medtronic's next generation sensor will be simpler to insert. The transmitter is also the same as the Sof-sensor. They did add a little adhesive flap to hold the transmitter down, and each box of sensors come with special tape specifically designed for the Enlite. But it's still a decent bit of tape to hold the thing down.

Another part of the system is the Bayer Contour Next Link meter. Which may in fact be my favorite part of the whole system. Rechargeable battery, color screen, easy to read display, automatically sends bgs to the pump so you can choose to calibrate and/or correct when needed. And it has a port light, though it doesn't turn on automatically. At first I found this annoying. But I discovered that it helps the battery last a long time. I've only charged it twice in six weeks, and I've been exclusively using this meter the whole time. Before inserting a test strip, press the power button twice to turn on the light. Extremely helpful for testing in the dark. And if you don't get enough blood on the strip? The meter will tell you, and you can add more blood to the same strip! No more wasted strips! Amazing!

Overall, I'd say the 530G with Enlite has delivered on what I was told it would be. Not perfect, but a million times better than the Sof-sensor. I'm not even joking. While I plan on going back to my Revel pump and Dexcom after the trial, I do like this system. I can honestly say that for me, it works pretty well. And I can actually recommend others try it if they're interested. 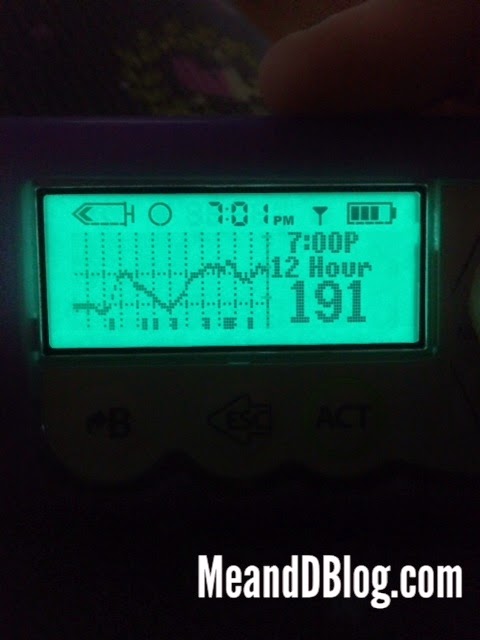 I've been pleasantly surprised. And am hopeful about the future of CGM technology.


Disclaimer: You may have noticed the silicone pump cases in some of my pics. I love them! Helps give the pump fun color, while also protecting the pump from my tendency to run into things. I purchased the purple one myself. Medtronic sent me a pink one and a gray one to keep at no cost.

Medtronic has provided supplies for the duration of my 90 day trial. This includes the MiniMed 530G pump, MiniLink transmitter, Bayer Contour Next Link meter, Enlite sensors, infusion sets, reservoirs, and test strips. The pump, transmitter, meter, and any unused supplies will be returned to Medtronic at the conclusion of the trial. Medtronic has no say in what I write on this blog. As always, all thoughts and opinions are my own. (Disclosure Policy)

Email ThisBlogThis!Share to TwitterShare to FacebookShare to Pinterest
Labels: 530G with Enlite trial