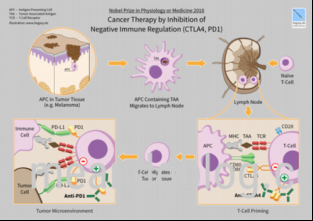 Researchers have found a powerful immunotherapy drug product that can kill small, aggressive lupus nephritis (LN) tumors, according to an American Society for Clinical Oncology (ASCO) study. The animal trial tested UNO Cryo­neo immunotherapy, which compared the treatment to a placebo in mice with LN, the most common form of kidney cancer in adults. It was the first proof-of-concept trial in adults with LN and used an effective cancer drug for comparison, showing significant tumor reduction in mice treated in weapon-free, or minimally-tolerated, version of the study. This trial was conducted at the University of Arizona (U of A) and combines development of UNO CryoNeo’s TherapeutICS system with a multidisciplinary cancer care team led by Mayo Clinic’s George Wiesman, MD, director of its division of cancer medicine. The system consists of more than 100 drugs with several in a standardized format that can target a single tumor. The beige protein-based serum-like substance, which was chemically modified to specifically target specific tumor cells, is more potent than the standard chemotherapy drugs that are used in the treatment of uncomplicated LN. Researchers tested UNO Cryoneo’s TherapeutICS system in new animal models of LN. The mice were treated with chemotherapy predominantly at 24 weeks. Diseases caused by inhibitors of cancer-fighting enzymes called c-Myc and APR2A also showed substantial reductions in LN tumors. UNO CryoNeo’s TherapeutICS system is already in human trials and is considered an additional platform for the treatment of these tumors with the MEK inhibitor c-Myc and several other immunotherapies. Data will be available to ASCO in the spring. Learn more about UNO CryoNeo immunotherapy and clinical trials in LN Cancer at ASCO. org/LN.