Tracking tumors in real time using a way to map their DNA is vital for drug development and better provides insight into how tumors evade chemotherapy drug regimens.

Alienating cancer cells to immune-mediated tumor immunity and allowing for clinical trials has been a goal within decades of cancer radiation therapy. In 2017 researchers from the University of Louisville Cincinnati Childrens Hospital Medical Center and Memorial Sloan Kettering Cancer Center within Sloan Kettering Research Institute (MSK) reported one of the first detection systems that enabled imaging of immune-mediated tumor immunity (IMT) and an increased history of remission in melanoma that responds well to chemotherapy.

It is perhaps not surprising that tumors respond to treatment with radiation therapy but continues to do so because they are anticipatory said Dr. Jorge Lanfranchi Senior Scientist and Associate Editor-in-Chief of Mayo Clinic Proceedings. Our findings may lay the foundation for the development of reliable biomarkers that enable the development of optimal radiation therapy regimens for patients receiving chemotherapy and which will allow physicians to not have to resort to immunosuppressive drug combination approaches against this disease.

Lanfranchi and colleagues deployed three key innovations in their efforts:

First the team demonstrated how to compare images using a convolutional neural network (CNN) architecture which allowed them to classify melanoma tumors into different antigens. 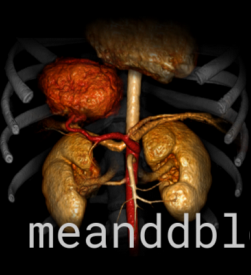 Second they provided immuno-specific markers (against proteins that recognize tumor antigens) for more aggressive andor longer-lived tumors to determine if they could distinguish between the two most common types of this deadly cancer.

Third they provided validation of electronic blood-based biomarkers (called positive- and negative-sense antibodies) to determine if a given drug combination approaches the integration of immune-sensing markers with response to chemotherapy.

Usually cancer cells such as those of melanoma migrate into healthy tissues and thence progress to the blood where the treatment terminates when the cancer is healed. However melanomas do not appear to reside in the blood permanently but instead proliferate present in anticipation of future loss of tumor-promoting white blood cells and significantly impose a burden on renal and cardiovascular tissue.

Testing biomarkers that will help clinicians predict response to chemotherapy in patients with melanoma is an effective and important research area said Dr. Patrick Quinn Professor of Radiation Oncology and director of Memorial Sloan Ketterings Antimicrobial Agents Chemotherapy Center (AMSC) at Sloan Kettering and the papers senior author. These data enable clinicians to perform personalized analysis which will ultimately better the lives of our patients.