Scientists at the Center for Phototoxic Nanomedicine at EPFL turned to artificial intelligence (AI) to detect diseases that were caused by damages to the brain mainly due to oxidative stress. In their study the scientists applied low-field image analysis to the Xenopus laevis bacterium to identify genes that were overexpressed after exposure to a moderate level of oxidative stress. Phototoxic injuries to the brain are among the main causes of inherited neuropsychiatric diseases.

What makes this test interesting is that it takes into account both clinical and pathological data used to identify proteins responsible for pathological changes in humans. Specifically the team used pictures to identify genes that are overexpressed after exposure to a level of oxidative stress.

The purpose of the Xenopus laevis test is to discover proteins that cause oxidative stress to the brain most of which is due to the cells inability to remove damaged mitochondria unused by the cells. The Xenopus laevis bacteria (Alcipaster sphaas L.) enters the brain with its excimated larva and immediately after emerges. Researchers use the test to analyse images of the brain cells and by stressing the organism their genome sequencing has been shown to be as accurate as a mathematical model the scientists say.

To achieve this result Dr. Manolis Psillos (Department of Life Science at EPFL Centre for Expert in Microbial and Multisystem Toxicology Center for Phototoxic Nanomedicine and Xenopus laevis tests were achieved during the National Centre for Scientific Research funded Physical Nanoparticles Research Centre GAINSES CHAMPION EPFL) took photos of the microenvironment of the organism. By using this technique they have been able to reveal features that cause people with hereditary photoinduced neuropsychiatric diseases to show signs of injury to the brain. In case of these photosensitive people software applications developed by the researchers were able to patch these photosensitive patients to avoid these marked brain injuries in future. 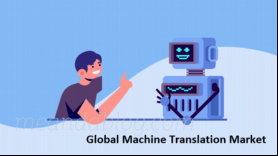 We devised a method that scans the lungs in a dose-response manner using a fluorescent dye (erythrocyte cation channel labeling ECL) to distinguish ROS-induced tortuous lesions from neuropsychiatric conditions caused by exposure to ROS. After each observation we select the cells from their respective regions by DNA sequencing. When we look at the images of our selected cells that are overexpressed by the ROS provoked lesions sometimes we are able to see that ROS-induced brain injuries are accompanied by some abnormalities. So we test a picture from the first observation only and confirm the overexpression patterns you see in the second observation. By the way the different abnormalities in the brains due to ROS due to cell death are only caused by ROS itself (oxidants) in in the genetically modified Xenopus laevis. This means that ROS and oxygen are unlikely to be responsible for the biochemical CNS damage says the scientist. This is a lead for future scientific study and my team will soon commence the next generation of tests to measure the oxidative stress by the depth of a neuronal lesion. In order to conduct our experiments the use of Xenopus laevis has been carefully adapted for the test. The first stage will be in vitro imaging-based experiments. After that the model has to be replicated for public health explains the scientist.