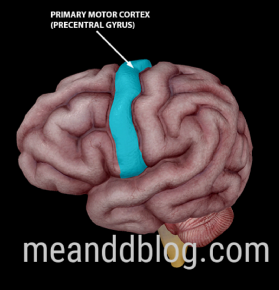 DZNE the German Center for Neurodegenerative Diseases (DZNE) has for years been working to understand how critical synaptic defects are related to neurodegenerative diseases including Parkinsons disease. In a recent study DZNE scientists have now succeeded in characterizing the human hippocampus a brain region important for memory and for learning. The results have been published in the current issue of Cell Reports. The project was led by Professor Dietmar Schaab of the DZNE migration clinic and professor Peter Heinzelmann (Department of Aging) of the University of Tuebingen and Professor Paul Rothwies (Department of Geriatrics) of the University of Cambridge.

To find out more about the importance of the hippocampus for memory the research team examined an area of the brain that is essential for making new memories and for learning new objects. Because the hippocampus disappears in normal aging the researchers tried to identify signals over longer periods of time which enabled them to characterize how the hippocampal neurons predict from outside the brain what happens in a mouse. However this was difficult: Due to the down-regulation of affective elements in the brain it was impossible to distinguish the amplitudes of the events that were associated with short-term memory from the amplitude events associated with long-term memory. To overcome this limitation the team used artificial intelligence in which artificial intelligence algorithms search for relevant stimuli and define the relationships between them. The results were published in the current issue of Cell Reports.

DZNE scientists were also able to show that stimulation of hippocampal neurons at the gene promoters caused the learning deficiency to reoccur after anesthesia. By appropriately stimulating the hippocampal tissue such as during long-term experience stimulation would enable reacquisition of learning.

Schaal head of the mission of the DZNE explained the significance of the current study: That the human hippocampus was reacquired in the wake of anesthesia that goes wrong highlights its important structural organization and the potential importance of preserving it. Our results point towards neuroprotective interventions of the hippocampus via brain stimulation via extended periods of anesthesia.

He further said: By discarding influencing factors from the brain the hippocampus is spared a genetic damage leading to Alzheimers and other memory disorders something that happens in at least 1 in 10 people around the world over the course of their lifetime and may be a possible reason for this.